Plans to launch passenger service to the D.R. on indefinite hold 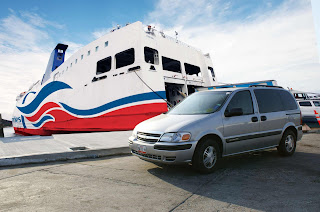 Marine Express, the company that was poised to restart passenger ferry service between Puerto Rico and the Dominican Republic this month, announced Thursday it has put those plans on indefinite hold.

Operator America Cruise Ferries, which is partners with Marine Express, said it will only be offering maritime cargo transportation between the island three times a week through next month, officials said.

The companies opted to push back the start of passenger service aboard the 650-foot “Caribbean Fantasy” cruise ship-type ferry until they have completed all the improvements to the vessel and regulatory agencies give their approval to transport people.

America Cruise Ferries has invested some $65 million to revive the route. It is likely that passenger service will begin in May, company officials said.
Author Details